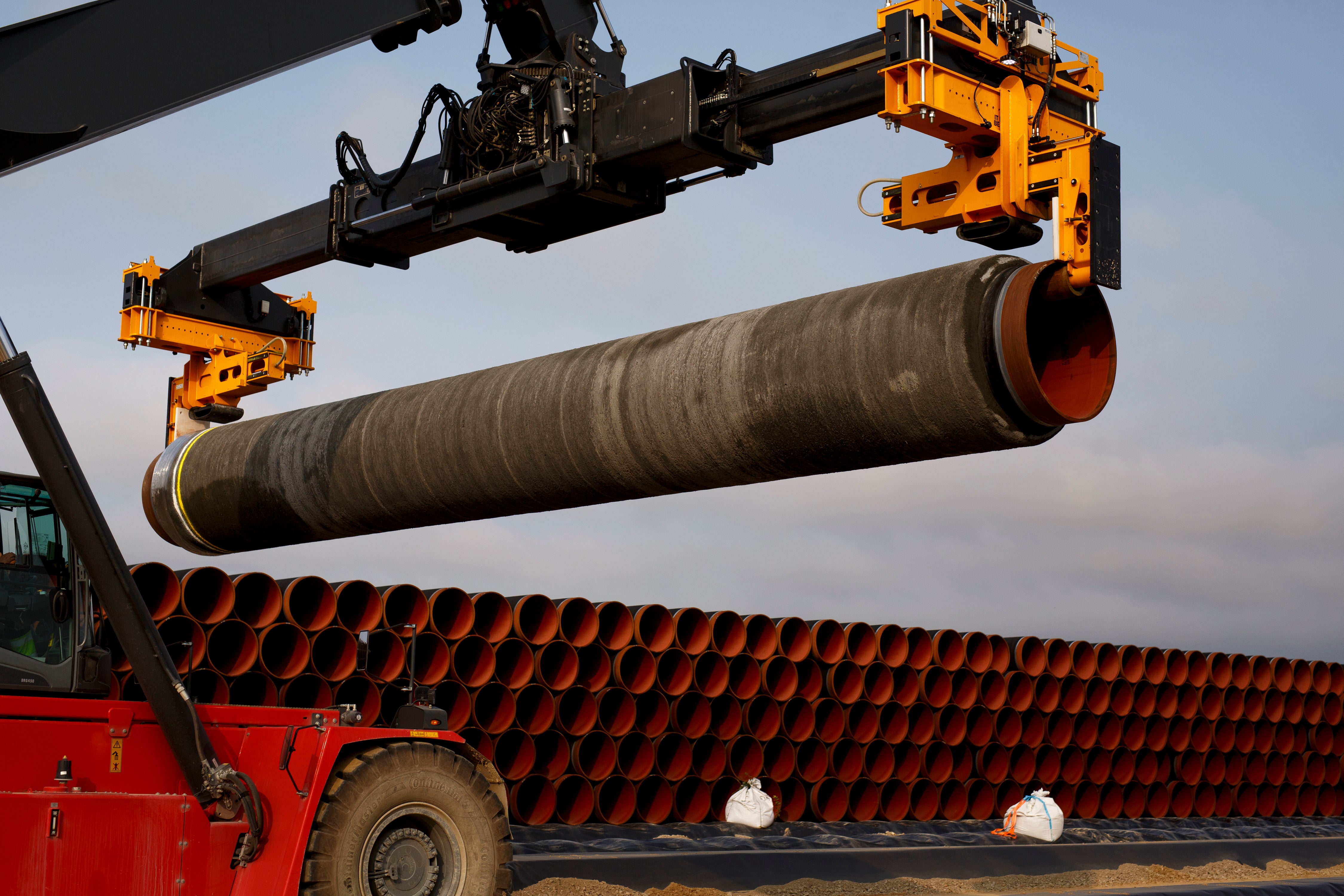 Last week, three different sites along the underwater Nord Stream 1 and 2 pipelines ruptured and began leaking gas. The circumstances at Nord Stream may be unusual, but subsea pipeline damage is almost an everyday occurrence. Corrosion from salt water can cause leaks, and again and again, accidents occur as a result of commercial shipping. Nord Stream’s pipes also lie under some of the world’s busiest shipping routes. That’s why pipelines have sophisticated protection measures and repair techniques; plans for dealing with leaks and accidents are formulated as soon as the pipelines are built. Engineers will follow a set playbook to begin repairing the damaged sections of Nord Stream as soon as possible.

Pipelines must resist many threats. The massive anchors of large container ships or tankers in particular can damage the pipes—as happened in 2008 with the Kvitebjørn pipeline in the North Sea off the Norwegian coast. Objects falling from boats, such as containers and even sinking ships themselves, can also hit the pipeline. Likewise, erosion and landslides under water pose a potential hazard. For this reason, the pipes are protected using different methods, depending on the circumstances and the risk. For example, they can be surrounded with large stones to repel anchors, covered with concrete mats or completely buried in the seabed.

However, such measures would have been very expensive for Nord Stream’s more than 1,000 kilometers of pipelines. The structures lie directly on the seabed or, where it is not stable or level enough, on a bed of gravel. They are only laid under the ground where they run nearest to the shore. The pipelines are protected by their 2.7- to 4.1-centimeter-thick steel walls and a concrete jacket up to 11 centimeters thick, which also serves as additional weighting; without the concrete, the pipeline would simply be too light and would float.

Even the possibility of an explosion near the pipelines was taken into account in the planning of Nord Stream. Countless bombs from World War II lie in the Baltic Sea to this day, so experts cleared a strip 50 meters wide along the pipeline. But currents could also carry munitions near the route, Nord Stream’s risk assessment warns. Thus, according to the operator, the pipes were designed survive a blast of two tons of explosives located 12 meters from the pipeline without leaking.

Despite these precautions, something has breached the Nord Stream pipeline, although it is difficult to estimate the extent of the current damage. It is true that computer analyses can be used to precisely calculate the condition of the pipeline. To do this, however, one needs to know quite precisely what forces the material was subjected to. So far, the indications—for example, the size of the gas leak—suggest that the massive pipes are very badly damaged or even completely severed. The extent of the destruction will determine how the pipeline must be repaired. Most pipelines constructed today have a specially designed “repair strategy” in case of damage: at Nord Stream this strategy includes five different scenarios of varying severity, including a complete rupture of the pipeline, according to the operators.

If large explosive charges have indeed damaged the pipeline, as security officials reportedly suspect, then longer segments of pipeline will likely need to be replaced in sections. This repair, known as a “tie-in,” can be done in several ways. In some cases, one inserts the new, undamaged pipe segment above the water surface. This was the case, for example, when an anchor completely severed one line of the Trans-Mediterranean Pipeline System and severely damaged a second in 2008. The pipeline was at a depth of about 70 meters, similar to the depth of a section of Nord Stream near the Danish island Bornholm. Because of the comparatively shallow water depth, the damaged ends of the pipeline were lifted above the surface of the water using special vessels. A new segment was then fitted and the joints at both ends were welded. This is also how the team of a special vessel joined the individual segments of Nord Stream 2 in 2019.

However, it is also possible to join the ends of pipeline segments directly underwater—a technique that was used for Nord Stream 1. This involves leading the ends of the pipeline into a special hyperbaric chamber and welding them together, a process known as “hyperbaric tie-in.” This technique has already been tested at Nord Stream—for example, in 2011—to connect the individual sections of the first pipeline, each laid down by a different special vessel.

There are also other, somewhat less complex, ways of tightly coupling the separated pipe ends without welding them together. One can join them using special flanges, much like ordinary pipes. Such components are commercially available and can be installed either by divers or by remotely controlled underwater vehicles. For instance, in repairing the Kvitebjørn pipeline, which lay under 210 meters of water, Norwegian state oil company Statoil cut out a section about 25 meters long around the damaged area, and then attached the new segment using special sleeve joints. After these are slid over the ends of the pipe, hydraulics are used to seal the joint tightly.

Once the pipeline itself has been repaired, it is necessary to pump out the water that has penetrated the tube, dry the inside with an air stream and, if necessary, renew the corrosion protection. At Nord Stream, this consists of a plastic coating and so-called sacrificial anodes, made of zinc and aluminum, which prevent electrochemical corrosion.

Which technology will actually be used in the repair of Nord Stream depends on various factors, including the extent of the damage and, importantly, what type of equipment is available. For example, a key factor in the repair of the Trans-Mediterranean Pipeline System above the water’s surface was that a suitable specialized vessel was in the region. How quickly specialized vessels, equipment and experts are available all help determine how long it takes to repair the pipelines. After all, Nord Stream by its own account has access to a pool of repair equipment shared by several pipeline companies. The extent of damage, water depth and conditions at the site of the damage also influence how long it could take for pipelines to be operational again. In the case of the Kvitebjørn pipeline, repairs took five months, while the Mediterranean pipeline was operational again nine months after the accident. In the case of Nord Stream, it is likely to take even longer because of the unusual circumstances: much about the cause of the damage remains unknown.

This is an opinion and analysis article, and the views expressed by the author or authors are not necessarily those of Scientific American.

Construction of World’s Largest Radio Observatory Is Finally Under Way

This Low-Cost Test for Hearing Loss Lives on a Smartphone

Save Time and Money with a Holiday Cookie Exchange

we can agree with U.S. on need for peace in Ukraine but no…

Catholic conflicts on marriage continue, even decades after…

Power Sports Market to Propel at a CAGR of 5.2% to Hit a

Web3 games: The unique challenges and secrets of user…